You missed the traditional Chinese medicine to lose weight!

Four seasons of the year, spring and summer can be said to be the most urgent season to lose weight. In fact, the benefits of weight loss are not only visual beauty but also very positive for health.

The World Health Organization (who) officially announced in 1999 that obesity is a global epidemic disease, which has become one of the three chronic diseases endangering human health. With the increasing incidence rate, obesity-related diseases are also increasing. Many studies have confirmed that obesity is a risk factor for diabetes, hyperlipidemia, hyperuricemia, fatty liver, and cardiovascular diseases.

And weight loss, as one of the most popular topics, is also full of ways to lose weight. Diet, exercise, and a variety of weight loss drugs make many people dizzying. Among them, traditional Chinese medicine is a healthy, safe, and effective treatment measure, the effect is significant, favored. In recent years, the research on weight loss of traditional Chinese medicine has gradually gone from simple observation to the mechanism. 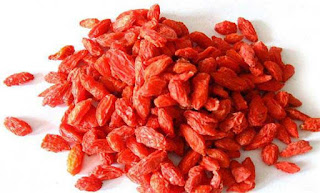 Etiology and pathogenesis of obesity in TCM theory

Traditional Chinese medicine believes that obesity is related to the stagnation of water, dampness, and phlegm in the body caused by congenital endowment, overeating fat and sweet taste, internal injury and seven emotions, love of leisure, and hate of labor.

Besides, some researchers have found that obese patients are characterized by stagnation, internal heat, Qi deficiency, Yang deficiency, and essence deficiency. With the increase in obesity, the tendency of stagnation and Qi deficiency is gradually serious.

It can be seen that qi deficiency and phlegm dampness stagnation are the main causes and pathogenesis of obesity.

These ingredients can increase intestinal peristalsis, promote the excretion of triglyceride and cholesterol, and reduce fat absorption. Recent studies have also found that these ingredients can promote bile secretion, contribute to fat metabolism, and enhance cellular immune function and anti-aging effect.

Based on syndrome differentiation, traditional Chinese medicine is often used in the treatment of obesity. The treatment of invigorating the spleen, removing dampness, and resolving phlegm run through the whole process of obesity treatment.

Besides, Jianpi Huashi Quran can promote bile secretion and triglyceride excretion, reduce the absorption of fat and cholesterol, regulate the body's lipid metabolism, and also play a good lipid-lowering effect.

Mechanism of acupuncture and moxibustion on weight loss

As one of the unique therapies of traditional Chinese medicine, acupuncture, and moxibustion has attracted much attention because of their unique curative effect in the clinical treatment of obesity.

A large number of studies have shown that acupuncture can not only effectively reduce body weight, but also reduce obesity complications, improve the symptoms of endocrine disorders, and acupuncture weight loss is relatively difficult to rebound [2].

1. Regulation of body fat metabolism by Acupuncture and moxibustion

Many studies have shown that acupuncture can regulate the metabolism of cholesterol and triglyceride. Some TCM experts [3] have studied the treatment of obese rats by acupuncture at "four points of the body". The results show that acupuncture at "four points of the body" has a significant effect on weight loss in obese rats, and can improve the abnormal lipid metabolism. Other scholars [4] found that electroacupuncture and acupoint catgut embedding can increase the expression of PPAR - γ mRNA in fat, enhance the activity of liver lipoprotein lipase and liver lipase, and reduce the level of serum cholesterol and low-density lipoprotein cholesterol, to achieve the purpose of weight loss and regulating lipid metabolism disorder.

Obesity is a pathological state in which the number or volume of adipocytes increases and exceeds a certain allowable level. Its occurrence is related to the imbalance of self-regulating energy and is closely related to leptin, insulin resistance, and NPY.

Acupuncture and moxibustion treatment of obesity complicated with insulin resistance, generally choose points to Tianshu, Zhongwan, Zusanli, Guanyuan, and other remain, spleen, stomach meridian acupoints, mainly use before and after points method, the effect is more significant.

Many studies have shown that acupuncture can regulate the unhealthy state of obese patients, and the benign regulation of leptin resistance and insulin resistance may be one of the key factors for acupuncture to play the role of reducing weight and blood pressure.

Obesity is related to the abnormality of many nuclei, neurons, neurotransmitters, and neuropeptides in the central nervous system.

Many domestic experts and scholars take obese rats as models, through objective experiments have confirmed that acupuncture can inhibit the hypothalamus and pituitary satiety center, inhibit and reduce appetite, inhibit hunger, to achieve the goal of weight loss.

Of course, it needs to be emphasized that acupuncture is an operation with very high professional and technical requirements. If you want to lose weight by acupuncture, you must go to a regular medical place and be operated by professionals. Do not rashly go to some places without a formal qualification. Otherwise, it will not only fail to lose weight but may do harm to your health.

In short, a large number of clinical studies show that traditional Chinese medicine, including acupuncture and moxibustion, has a significant effect on weight loss, with safety, health, and little side effects. However, thousands of people and thousands of prescriptions of traditional Chinese medicine, those who are interested must go to regular medical institutions to formulate individualized weight loss programs according to their own conditions. Weight loss is important, but safety is always the first!

You missed the traditional Chinese medicine to lose weight