Is obesity related to sleep? Getting enough sleep can help you lose weight easily

Core tip: imagine if you are listless the next day after staying up all night? And it's easier to eat high calorie foods, such as beer, fried chicken and crayfish. Therefore, staying up late doesn't make you thinner, it can only make you grow fat unconsciously by the nourishment of one meal after another. So, if you want to lose weight, start by sleeping. 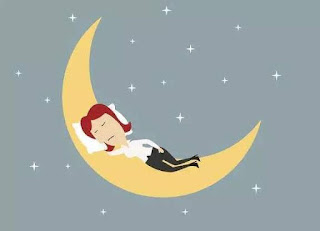 We all know that sleep is a state of spontaneous rest of the human body. Good sleep can supplement the body's energy, enhance the resistance, restore the spirit and relieve fatigue, promote the normal growth and development of the human body, and make the human body get sufficient rest. Therefore, sleep is very important to protect people's mental health and maintain their normal psychological activities

Then, lack of sleep will lead to physical exhaustion, affect normal learning and work, accelerate skin aging; cause depression and other psychological diseases, but also can cause serious health problems, such as increased risk of cardiovascular and cerebrovascular diseases, diabetes, hypertension, obesity and memory impairment.

If you think that you can lose weight by sleeping less, you are wrong. On the contrary, lack of sleep is likely to lead to obesity. Recently, a new study published in the American Journal of biology claims that obesity and poor sleep are mutually causal: fat people are more likely to have poor sleep.

A joint team from the University of Pennsylvania and the University of Nevada studied the relationship between metabolism and sleep of Caenorhabditis elegans. The human nervous system is very complex, but Caenorhabditis elegans only has 302 neurons, which is more convenient for scientists to carry out research. In the experiment, the researchers "turned off" only one neuron responsible for regulating sleep in the worm. The results showed that C. elegans, which lost sleep ability, could still eat, breathe and reproduce, but adenosine triphosphate, which reflects energy levels, was significantly reduced.

This suggests that sleep does not cause energy expenditure, but rather the body is trying to conserve energy. The researchers edited the kin-29 gene to create "sleepless insects" without the kin-29 gene. It was found that the body of the sleeping bug accumulated excessive fat. Therefore, they put forward a hypothesis that the release of fat in insects is a mechanism to promote sleep, and the reason why it is difficult for non sleeping insects to fall asleep is that they are unable to release fat. To test this hypothesis, the researchers re engineered the insect to produce an enzyme that helps release fat, and then the insect can sleep again.

The researchers said the study provides a new way to understand the relationship between metabolism and sleep. Sleep is the body's attempt to conserve energy when the energy level drops.

Sleep more, the body is more likely to secrete a hormone called "leptin", it is a blood protein to suppress appetite, can increase the body's sense of fullness, make people do not want to eat. At the same time, enough sleep can also accelerate the body's metabolism, promote the secretion of growth hormone, and also can accelerate the burning of fat.

If it is difficult to fall asleep for a long time, you may as well try to get rid of the fat energy stored in the body for a day, so as to improve the sense of sleepiness.

is obesity related to sleep